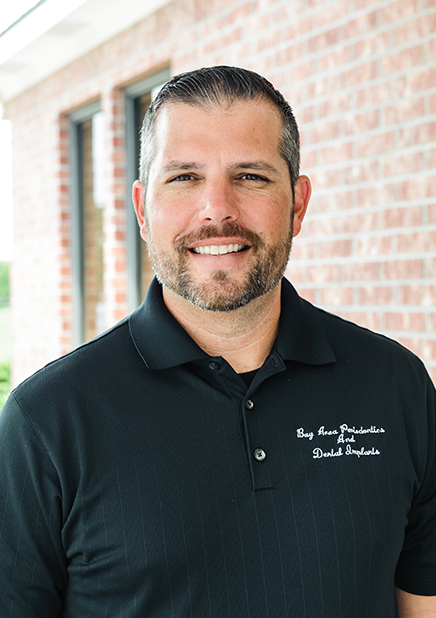 Diplomate of the American Board of Periodontology

Dr. Jared Abramian was born in Huntington Beach, California but quickly made his way here to Texas . At the age of ten, Dr. Abramian and his family moved to Spring, Texas, a suburb just north of Houston where he attended Klein High School . After graduating, he attended Oklahoma State University where he received his Bachelor of Science in Microbiology. During his time at Oklahoma State, Dr. Abramian was involved in many organizations including being president of the Microbiology Club. After earning his degree, Dr. Abramian moved back to Houston and worked at Baylor College of Medicine working on gene therapy protocols for the treatment of Muscular Dystrophy. He then spent the next seven years attending the University of Texas Dental Branch in Houston for both his dental training as well as his specialty training in Periodontics. While at UTDB he was awarded with the Excellence in Periodontal Therapy award as well as the Heyl G. Tebo scholarship for post- graduate studies. He received his Doctor of Dental Surgery Degree and continued with his surgical residency specializing in Periodontics where he learned procedures such as osseous surgery, dental implants, connective tissue grafts, ridge augmentation, and sinus augmentation. After finishing his residency, Dr. Abramian went on to take both a written exam as well as a case based oral examination to complete his board certification and become a Diplomate of the American Board of Periodontology. Dr. Abramian has been trained in many procedures utilizing many different techniques and technologies to ensure his patients receive the best possible care. Dr. Abramian and his wife have a Son and a Daughter and enjoy going to the beach, fishing, sports, traveling, and of course watching their kids in all of their various activities.


Dr. Abramian is a member of the following associations: